Today, I’m going to be talking about an innovation in underwear, which is helping keep your dress shirts better tucked in.

If you haven’t already, please subscribe to my YouTube channel. That way, these videos come right to you.

If you want to see more reviews like this, if you’ve got a question, make sure to comment. We try to get down there and answer as many comments as we can especially on the most recent videos.

Now, I’ve worked very closely with the company, RibbedTee, for years now. They’ve been sending me undershirts and the owner, Mike, sent me a pair of boxer briefs.

I thought this was a pretty cool innovation. You guys have probably seen my video, “Four Ways to Tuck in Your Dress Shirt”. In that video, I talk about shirt stays. I talk about the military fold.

I talk about the underwear tuck and just the regular tuck, but this one actually brings in a new way of doing it and I think would enhance the under — I don’t just think. I actually tested it a bit.

So first off, before I get into that, let me talk about this new underwear by RibbedTee.

Full disclosure, Mike did send me a couple of pairs free. I wore these though at least ten times each and I have to say overall, I’m very impressed with the overall quality, 95% cotton, 5% spandex.

The build quality is excellent, so it’s got double stitching, so just as a standalone pair of boxers, boxer briefs. I’d have to say these are very nice, very well built, and most importantly of all, very comfortable.

I have to say these have quietly become probably my favorite pair of underwear to wear. I never really actually wore boxer briefs. I had briefs that I would wear when I’m going to the gym. I have boxers that I normally wear, so having a pair of boxer briefs was something pretty new, and I have to say I really like them. So the added benefit of the STUCK feature is something that was just an added benefit.

Let’s go ahead and let’s talk about how effective they are. First off, they’re not as effective as shirt stays. If you’re not familiar with shirt stays, that’s where you use an elastic band to connect the bottom of the dress shirt with the top of your socks.

Some people think it looks like a garter belt or something like that. In any case, no one is going to see them and they’ve been used in the military, men that have been with the police departments 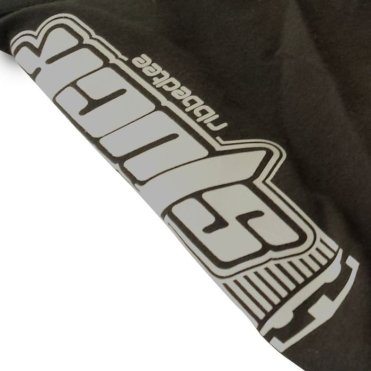 . Anytime you’re in a dress uniform and you’re going to be moving around quite a bit, you don’t want your shirt to come untucked, this is a great option for you.

However, many guys just aren’t going to wear them and I realized that, so I talked about other ways. We’ve got the military tuck. We’ve got the underwear tuck, and those are two great alternatives.

What I love about STUCK is it allows you to augment both the underwear and the military tuck without having to use shirt stays. That’s just not going to be an option for you.

In my experience, I did notice — and I was looking for it and it’s something I think that you need to give it a shot yourself especially keeping your shirt and you have that problem with them coming out. I found it did make a small improvement.

Again, this is me just testing it, wearing it around, trying to look for it. I think the comparison I had were boxer briefs, so I think it’s a pretty neat innovation. I do have to admit it’s very hard to measure and I may have been a little bit biased. After ten wears, there was a little bit of the stuck part coming off.

However, this is something that I’ll talk to Mike about. I know he’s been constantly improving and it’s something that he provides excellent customer service, so if you ever do have an issue — but again, I’ve ran these through ten hard washings and we’ve got one of those old Speed Queen washing machines that’s got the agitator and really is kind of rough on the clothing.

A Guide to Choose the Right Deo for Men